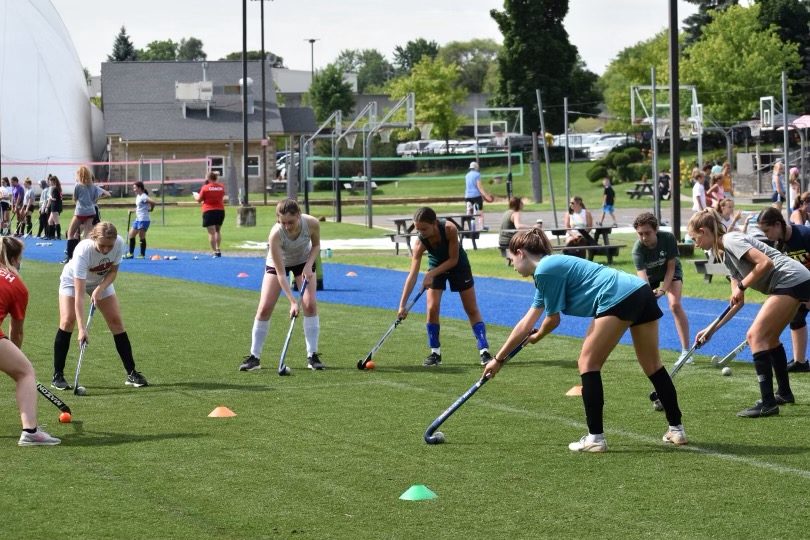 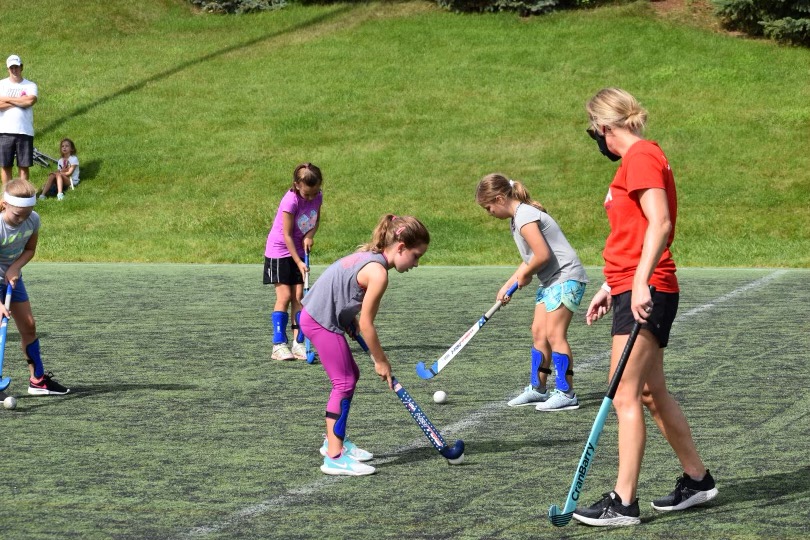 
Open to all schools. Players register for both of these programs individually.

All registration includes two scrimmage shirts that need to be brought to all sessions (please indicate size in the Special Instructions/Comments section if ordering online: YM, YL, AS, AM, AL, and AXL).

High school and middle school sessions are two-hours per date. For specific dates and times please see below. All sessions are at Oakland Yard Athletics in Waterford.

Come join us to work on defensive concepts and skills. The focus will be controlling play as a defender, defensive communication, defensive skills and marking.

Come and learn how to play one of the fastest growing sports in the state! No experience is necessary! Players will receive basic skill instruction and game play while learning from top coaches in the state.

If you don’t have a stick, you can purchase one through online registration (chose the session indicated "With Starter Equipment"), or borrow one.

Field Hockey, is a team sport in which a team of players attempts to score goals by hitting, pushing or flicking a ball into an opposing team's goal using sticks. In some countries, it is known simply as "hockey"; however, the name field hockey is used in countries in which the word hockey is generally reserved for another form of hockey, such as ice hockey, street hockey, and roller hockey.

Field hockey is a sport played internationally by both men and women including the Olympic Games, the Commonwealth Games, the quadrennial Hockey World Cups, the annual Champions Trophies and World Cups for juniors. Many countries have extensive club competitions for junior and senior players.

The Modern Game grew from English public schools in the early 19th century. The first club was in 1849 at Blackheath in south-east London, but the modern rules grew out of a version played by Middlesex cricket clubs for winter sport. Teddington Hockey Club formed the modern game by introducing the striking circle and changing the ball to a sphere from a rubber cube. The Hockey Association was founded in 1886. The first international took place in 1895 (Ireland 3, Wales 0) and the International Rules Board was founded in 1900.

Field Hockey Rules: The game is played between two teams of up to sixteen players, out of whom eleven are permitted to be on the pitch at any one time. The remaining five players, the substitutes, may be substituted in any combination, from one to five, an unlimited number of times in the course of a game. Substitutions are permitted at any point in the game, apart from between the award and end of a penalty corner; the only exception to this rule is for injury or suspension of the defending goalkeeper, which is not allowed when playing with a field keep. 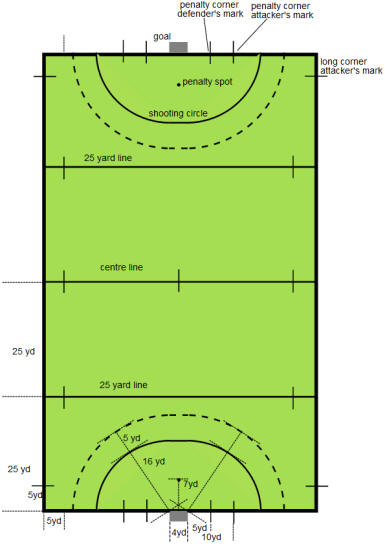 Players are permitted to play the ball with the flat of the 'face side' and with the edges of the head and handle of the field hockey stick with the exception that, for reasons of safety, the ball may not be struck 'hard' with a forehand edge stroke, because of the difficulty of controlling the height and direction of the ball from that stroke.

The flat side is always on the "natural" side for a right-handed person swinging the stick at the ball from right to left. Left-handed sticks are rare, but available; however they are pointless as the rules forbid their use in a game. To make a strike at the ball with a left to right swing the player must present the flat of the 'face' of the stick to the ball by 'reversing' the stick head, i.e. by turning the handle through approximately 180° (while a reverse edge hit would turn the stick head through approximately 90° from the position of an upright forehand stoke with the 'face' of the stick head).

Other rules include; no foot to ball contact, obstructing other players, high back swing, and no third party. If a player is dribbling the ball and either loses control and kicks the ball or another player interferes that player is not permitted to gain control and continue dribbling. The rules do not allow the person who kicked the ball to gain advantage from the kick, so the ball will automatically be passed on to the opposing team. Conversely, if no advantage is gained from kicking the ball, play should continue. Players may not obstruct another's chance of hitting the ball in any way. No shoving/using your body/stick to prevent advancement in the other team. Penalty for this is the opposing team receives the ball and if the problem continues, the player can be carded. While a player is taking a free hit or starting a corner the back swing of their hit cannot be too high for this is considered dangerous. Finally there may not be three players touching the ball at one time. Two players from opposing teams can battle for the ball, however if another player interferes it is considered third party and the ball automatically goes to the team who only had one player involved in the third party.

There are no fixed positions (even a goalkeeper is not required under the 2007/2008 rules), but most teams arrange themselves (in a similar way to Association football teams) into fullbacks (defense), midfielders (halfback) and forwards (front line). Many teams include a single sweeper. The rules do not specify a minimum number of players for a match to take place, but most competitions have some local ruling on this, with seven players being a common minimum.